Rubwolfer (part of the Subwolfer family)</a> is another business that I have discovered through the Instagram BBQ community. Launched in 2020 by BrewshackBBQ, initially with just a couple of rubs, the range has expanded with a few more rubs plus a set of collaboration sauces with UrbanStreatery (of Metalhead Mayo fame).

I have had a few of the rubs as well as all the collaboration sauces, but this review is focussing on one of their earliest launched rubs: Pizza Wings.

The rub has already gathered quite a following on Instagram, I think it pulls you in as it’s really quite a different idea to the usual range of BBQ rubs you find (although Angus & Oink do an impressive range of weird and wonderful).

As you probably gathered from the name, its a pizza inspired rub - and sure, you can use it on wings, but it has a great versatility to it as well. First smell of the rub, the main flavour you get is the dehydrated tomato powder - which I actually find reminiscent of a Heinz Tomato Soup flavour (in a good way), then it follows through with the smoked paprika and then later a touch of pepper. The tomato flavour works really well with the smoked paprika, and for me is also one of the main features that makes the rub stand out. I really can’t think of any other rubs using dehydrated tomato powder like this.

The rub is also backed up by the BBQ rub staples: salt, sugar, garlic and onion - providing the base savoury flavours across the tastes - and also has a bunch of Italian dried herbs in there (I suspect oregano features heavily but undoubtedly the other usual suspects in there).

As I mentioned, one of its great features is its versatility - in part I think due to the fact that it stands out from the normal flavour profile you’d expect from a bbq rub. I have used this on wings (of course), chip seasoning, mac’n’cheese topping and as additional seasoning in an actual pizza tomato sauce. 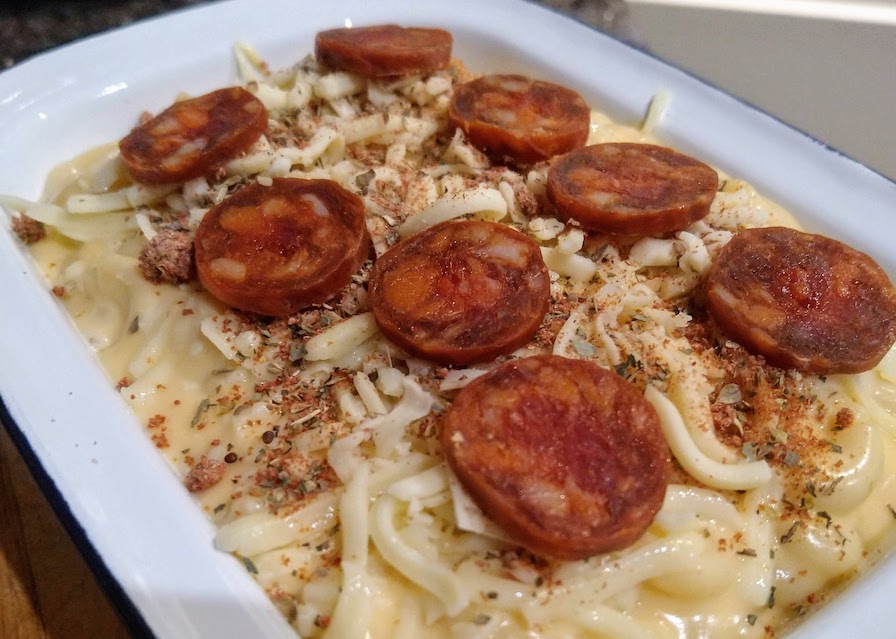 The other thing this has going it it’s favour is it is incredibly child friendly - without the usual pepper or chilli levels you often get in BBQ rubs, and the welcoming taste of tomato at the forefront the kids have loved this on everything.

It has been noted that over longer, or hotter cooks, some of the ingredients can char a little - this is an un-avoidable feature of any rub that makes heavier use of dried herbs, so use judiciously when cooking (you can apply later on in the cook, or wrap/cover to protect the seasoning later in the cook).