Before anyone starts complaining, yes, this is a vegetarian lasagne and yes I intentionally set out to attempt to emulate a meat lasagne as closely as possible.

Why? Firstly, I am trying to be increasingly environmentally conscious and part of that is reducing the amount of meat I eat. Eating less meat, but better quality meat seems to me to be a good compromise. I luckily have access to lots of high quality, very locally reared meat via my local butcher. Buying less meat, whilst also only buying locally, responsibly sourced meat, is better for the environment, and buying less also offsets the slight increased cost in better meat (it’s actually not much difference in cost though, to be honest).

Why not just make vegetable lasagne taste like vegetables? Vegetables don’t need to taste like meat? Yes, yes. I am a big fan of lots of traditional veggie lasagne. I have a good butternut squash lasagne recipe and have tasted lots of delicious veggie lasagnes filled with bright, fresh veggie flavours. Lovely. However, this isn’t really about vegetables vs meat. It’s about the range of flavours that exist. All these veggie lasagnes are great and taste great, but there is a deep savoury flavour that slow cooking meat produces that isn’t the same. Again, it’s not that either flavour or style is better, just that I like to enjoy the range of flavours, and the more range I can get out of veg the better I can eat meat-free.

Inspiration for this recipe was taken in no small part from several recipes that Kenji Lopez-Alt has created - the mushrooms and umami pairings are a trick he uses in his Ultimate Vegetarian Burger, and it was probably Kenji who introduced me to the idea of using some of these tricks to increase umami flavour in food several years ago.

Overall, I was happy with how this ended up - It’s hard to be objective in assessing if I would be able to tell it was meat free whilst knowing it was, but I think if I ate it somewhere, I wouldn’t guess it was veggie. I might think it was a bit different from usual lasagne, but don’t think I would have gone to veggie as my first guess. I gave it to the kids, who both generally enjoy lasagne and both ate it all up without giving it a second thought and didn’t notice that it was different from usual, which is a success to me!

1. What is going to make our veggie lasagne taste meaty?

Meat traditionally has a very meaty flavour, which is a deep, savoury flavour. Usually described as umami. Especially noticeable in cuts like beef short rib, it’s that warming, beefy, rib-sticking flavour you get from a slow cooked ragu or stew. Vegetables, on the other hand, have a fresher or sweeter flavours. Quickly cooked vegetables have a fresh, bright flavour. Cooked longer and slowly, the compounds break down releasing the natural sugars and sweetness. Cook tinned tomatoes for an hour or so and the initial bitterness will slowly give way to the natural sugars coming through sweetly. Roast carrots and parsnips convert their natural sugars whilst caramelisation on the exterior adding to the sweetness.

This sweetness and these techniques are great - one of my favourite vegetables is roast parsnip with a roast dinner, where the parsnips have almost blackened at the ends. However, it’s not the kind of flavour you expect from a ragu or traditional lasagne. Those call for the deep, savoury flavours.

Thankfully, there are non-meat products that can add umami flavours - products I often turn to whilst making meat dishes to really turn up the savoury flavour (for example I might add some of these in a meat ragu or chilli):

Finally, there is one vegetable that stands out as excelling in this area - the mushroom. Mushrooms are far more savoury, and when roasted, they become even more savoury. Cauliflower can also produce a nice savoury, nutty flavour (as well as taking on other flavours well), so I think that added might make a nice addition to the flavour and texture here. 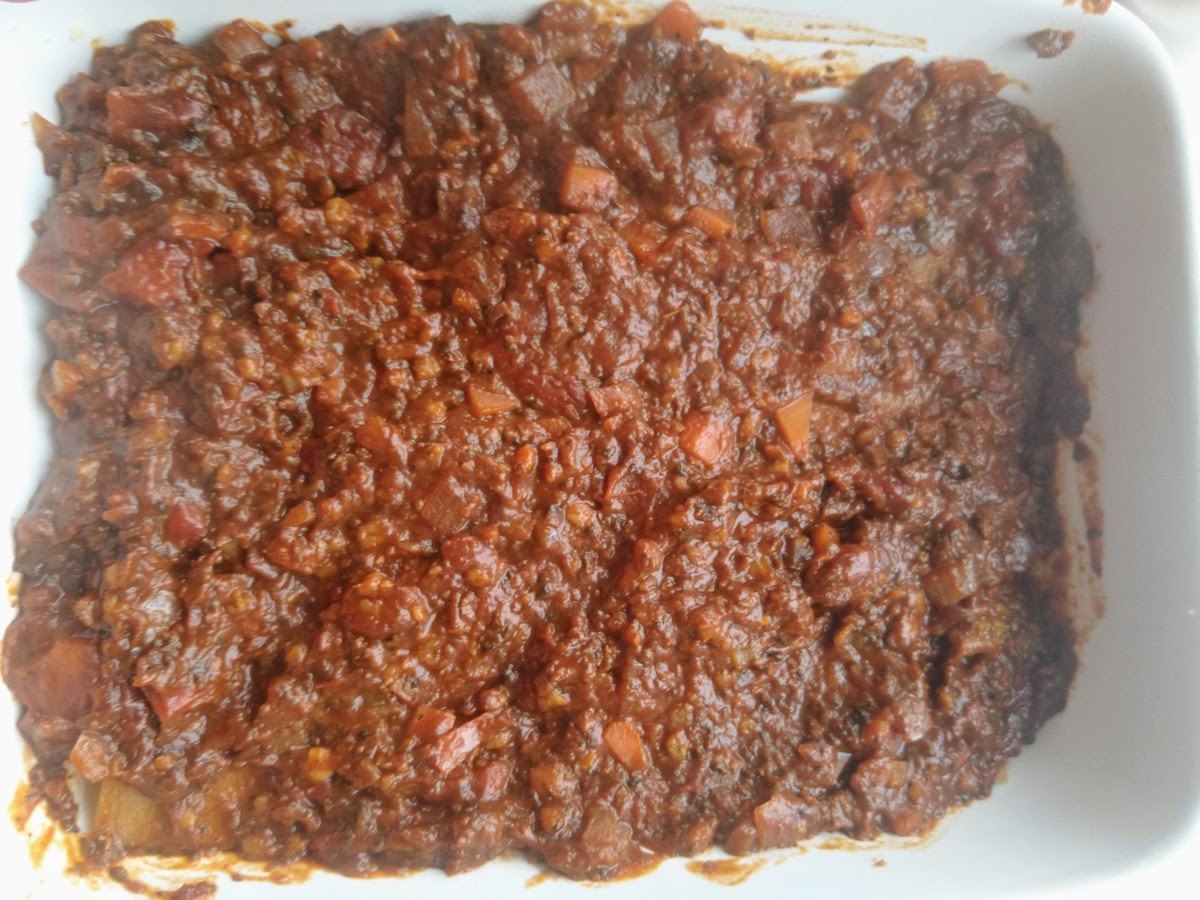 2. What about the texture?

This one is pretty tricky - a slow cooked beef mince ragu won’t hold texture quite the same as a ragu with shredded beef rib, for example, but its still a tricky one to balance. Taking a leaf our of Kenji’s approach to veggie burgers I have opted to use split pea + barley that then gets roughly blended in a food processor. First attempt at doing this I think I over-processed it, as with further cooking it resulted in a smoother texture than I wanted, so I think this is just something to try and play with. 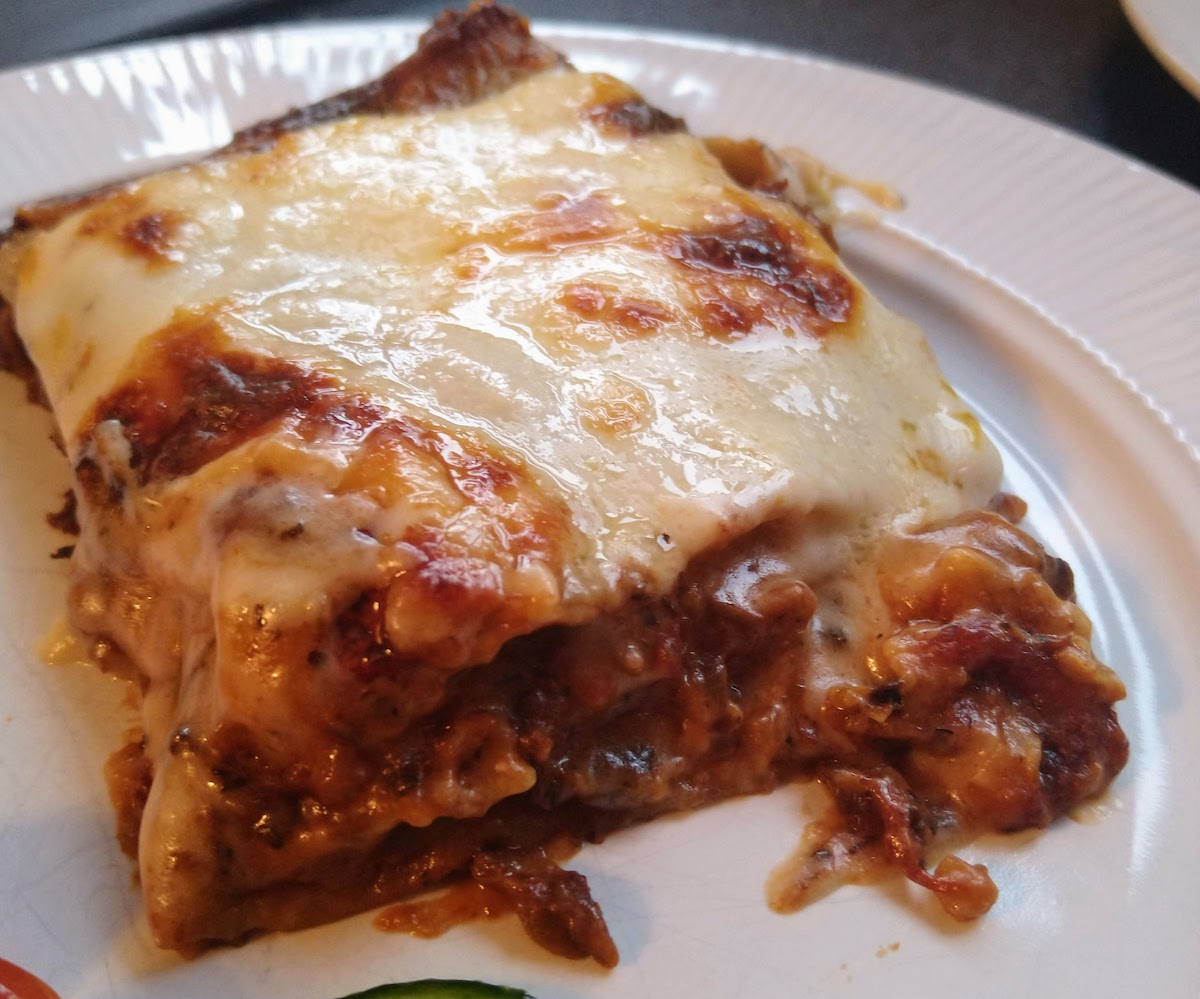